My first experience at a convention.

Last weekend (20th October 2018) I went to my first ever convention. I thought I’d tell you how I got on with my dyspraxia!

I’m not very good in crowded situations. It’s a really big sensory overload for me. I get very anxious about the situation, I become frustrated when there is a lot of people around me as well as too much noise makes me anxious because I can’t focus on one conversation.
Because of all this, I’ve always avoided big places. Never been to a festival, convention or anything like this.

I wasn’t going to go last weekend, but I found out that my boyfriend and his friends were going on the Saturday, and the tickets were only £12. I thought “stuff it” and bought a ticket a week before the con. The plan I had was “I’ll buy the ticket. If I change my mind, it’s only £12 lost” So I didn’t feel pressured into going.
The night before was awful. I didn’t sleep.  I constantly felt sick and I even got upset. In the morning I was still feeling so sick, and considered cancelling and not going. I knew the con had an anxiety room for people like me, but it wasn’t really stopping the anxiety. But something in me gave me a push and I went.

Even though they had an anxiety room for people. I honestly didn’t feel like I needed it. Where it was such a lovely warm day, it was so nice out that you could just chill outside and it was that small bit of peace that was enough to calm my sensory overload down.

This experience has made me learn to at least try and do new things. Next year I plan on buying a weekend ticket to go both days!

So that’s my little post about my first time at a convention! 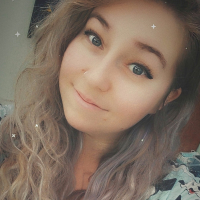 Hi! My name is Tamsyn. I'm 24 and from a little island on the south coast of England called the Isle of Wight!