Dyspraxia Foundation this week launches a new survey which reveals the worrying impact of dyspraxia – a form of developmental co-ordination disorder- on teenagers’ mental health.

The nationwide survey1 of parents/carers highlighted the hidden and distressing impact of dyspraxia on teenagers’ mental health. 55% said that dyspraxic teenagers aged 11-18 were frequently or nearly always anxious with the figure rising to 70% for people over 25 years of age.

60% of parents felt strongly that their teenage son or daughter would not reach their academic potential, with poor awareness among teachers of the practical and emotional impact of dyspraxia meaning that students are not receiving the recognition, help and support they need to achieve and feel successful at school.

43% described their dyspraxic teenager as lonely with a worrying 63% describing their son/daughter as socially isolated. Teenagers with dyspraxia are at increased risk of bullying because poor handwriting and difficulty with sports and physical activities make them stand out. Some teenagers choose to withdraw from social activities because they are embarrassed about drawing attention to their difficulties.

26% of parents said their dyspraxic teenager was frequently sad with only 28% happy with the way they are. Needing help with everyday activities such as using cutlery, writing and riding a bike contributes to teenagers’ low self-esteem and sense of inadequacy.

While 50% of parents had sought help for their teenager’s mental health, many had difficulty accessing Child and Adolescent Mental Health Services (CAMHS) because their son/daughter’s difficulties were not deemed severe enough. In some cases, teenagers’ mental health deteriorated while they were waiting for help with distressing consequences for the individual and their family:

“My son is now 17 and wasn’t diagnosed until he was 15 after severe bullying at school and a long wait in the system. I worry that he feels hopeless, useless and has feelings that he doesn’t want to be here due to his lack of confidence, memory, coordination and social ability.”

Sophie Kayani, parent and Chair of the Dyspraxia Foundation comments: “This survey has highlighted to us as a charity the very distressing impact of dyspraxia on teenagers’ mental health. The transition to secondary school is a particularly challenging time for teenagers with dyspraxia as their support reduces, the social pressures to ‘fit in’ increase and coping strategies they used in primary school may no longer be effective. Worryingly, the survey showed us that anxiety increases over time, and that the emotional consequences of dyspraxia become a bigger concern than the coordination difficulties that are the main issue in childhood.”

“Parents who contact our helpline service frequently describe the fight to get support for their son or daughter as exhausting. It affects the whole family. CAMHS services are stretched to capacity and the needs of teenagers with dyspraxia are often not considered severe enough to warrant help. But if we provide support early we reduce the risk of teenagers reaching crisis point and requiring more intensive support for their mental health later on.”

“What we need is to raise awareness of dyspraxia and for community, mental health and education services to work together to develop support that can be provided early to stop mental health needs from escalating. This has got to be the best approach for people with dyspraxia, their families and for society as a whole.”

That’s why the Dyspraxia Foundation – the only national charity in the UK dedicated to raising awareness of the condition – is focusing on the mental health needs of teenagers with dyspraxia for its 2018 Awareness Week during October. During the week the charity will be launching a series of resources for parents/carers and professionals and holding an event for teenagers.

Sophie adds; “Whilst this survey has flagged up some very real concerns about the mental health needs of people with dyspraxia, our charity has a very positive outlook and we support many wonderful young people who are achieving amazing things, despite their difficulties. At the Dyspraxia Foundation, we truly believe that nothing should hold a young person back from fulfilling their potential.”

Dyspraxia, a form of developmental coordination disorder affects gross and fine motor coordination in around 5% of the population (2%, severely). It also affects organisation, planning and time management, and can also affect speech. Males are up to three times more likely to be affected than females. Dyspraxia sometimes runs in families and affects people of all ages.

Please contact 01462 455016 or [email protected] if you would like more information about the Dyspraxia Foundation or to become involved with fundraising or awareness activities during Dyspraxia Awareness Week (7-13th October). 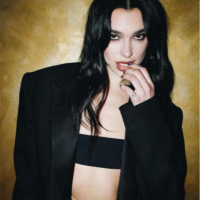